After a full day of classes, she will be the starting pitcher for the Celtics in their season-opening game against Joliet West.

At 7 p.m., she will be competing for “The One Jr.” singing title at 115 Bourbon Street in Merrionette Park.

Summers is one of five finalists who have advanced through elimination rounds for the past 10 weeks.

She’s hoping her second try in the annual event will be the charm.

“During my sophomore year, my mom saw on Facebook they were having a competition at Bourbon Street,” Summers said. “At first I wasn’t going to do it, but then my mom convinced me.

“Since then, I feel that I have grown a lot as a singer. I wanted to do it again this season. This year has been so much fun doing that and training for softball. It has kept me busy.”

A year ago, Summers was chasing both dreams when it resulted in a head-on collision.

Summers was signed up to go to Navy Pier on June 9 to audition for a spot on The Voice. She wound up having to cancel, however, when the Celtics advanced to the Class 3A state finals in softball.

She was the winning pitcher for Providence in a wild 16-15 victory over Mt. Zion in the third-place game.

There were no regrets.

“I wanted to try out for The Voice very badly, but everything happens for a reason, I guess,” Summers said. “It just wasn’t my time for it.

“I loved going to state. It was one of the best times of my life.”

Summers’ face lit up while she was telling me the story after Monday’s practice.

“I was so proud of all of us,” Summers said. “We worked so hard. I just don’t think people get as lucky as we do here at Providence. We’re all sisters. We hang out outside of softball, even when it isn’t softball season. We’re all best friends.”

Bus rides are one place where Summers brings out both passions, according to junior teammate Maggie Hurley.

“Oh, yeah,” Hurley said, laughing. “We’re all loud on the bus, but Laila takes it to another level. She always plays her favorite songs and gets into it. We all get riled up.”

Hurley was cheering for Summers during her last two performances in “The One Jr.” competition.

“She is so good,” Hurley said. “I teared up the last time. She sang the song, ‘You say.’ That’s a song we sing in church when we have school mass. It was so uplifting. It was awesome.”

Summers has been pretty awesome with her right arm as well for the Celtics. Last season, she had a 17-7 record with 137 strikeouts in 165 innings.

“Laila came in as a freshman as someone we knew could be an impact player early on,” Providence coach Jay Biesterfeld said. “She continues to improve all of her pitches.

“She also lightens the mood on the team and keeps everyone loose, which is a great trait for a pitcher. She never gets too high or low, regardless of what’s going on in a game.”

She plans to let the emotions flow Thursday in “The One Jr.” finals. She will be trying to improve upon last year’s fourth-place finish.

“Oh, my gosh, I am so excited,” Summers said. “I just love singing. Softball has always been my main passion, but it’s just fun to have singing in my life, too.”

You can bet she’ll be pitch perfect.

Copyright © 2019, Daily Southtown
Everyday Golfers Are Using This Driver to (Finally) WinGX7 Golf|
Sponsored
This Sofa Is Breaking The InternetBurrow|
Sponsored
Seniors With No Life Insurance Should Do This Before March 311 Smart Penny|
Sponsored
Luxury Senior Living In Illinois Is Surprisingly AffordableSenior Living | Search Ads|
Sponsored 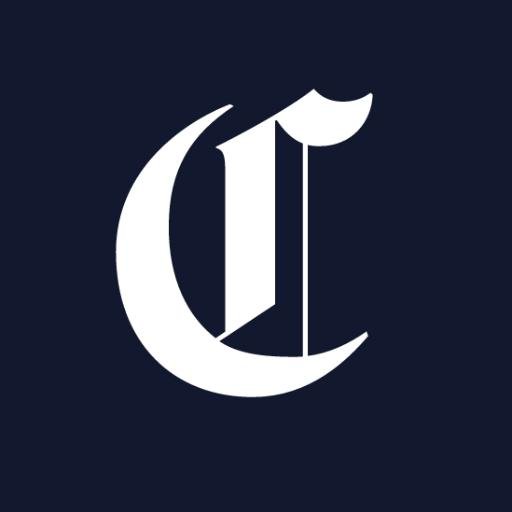 Tony Baranek's top 10 teams and top 25 players in the Southland for the 2019 softball seasonStarting with 2018 Daily Southtown Player of the Year Lexi Voss, Marist is brimming with Division I talent and has high hopes for state success.Chicago Tribune

Nico Hoerner won't make the opening-day roster, but Cubs impressed with his quick adjustment to pro baseballCubs first-round pick Nico Hoerner won’t make the opening-day roster, but he has impressed staff members and fans with his smooth transition to professional baseball, a notable increase in power and steady play in five Cactus League games.Chicago Tribune
These New SUVs May Make You Want to Trade Yours in Today - See For Yourself!Yahoo Search|
Sponsored