Details regarding the start of fall sports has been released.  Find the "Resources" tab in the left margin for all the start times, venues, and instructions for the fall sports including tryout information.  If you have any questions, please call the athletic office or contact the head coach.  Remember in order to begin on 8/9 you MUST have a valid physical on file with the Athletic Office AND be registered in 8to18.  Click here to register.  Thanks.  Randy Konstans, C.A.A.

INSTRUCTIONS FOR GETTING PHYSICALS TO THE AD OFFICE

In order to be ready to participate should we be given permission to begin sports, be sure to register on 8to18 here and be sure you have a valid physical on file in the AD office.

In this time of social distancing, here are the best ways to be sure your physical is on file in the AD office.

Bryan and Brendan Mullins of Downers Grove each scored a half court goal the night they were inducted into the DGS Athletic Hall of Fame. 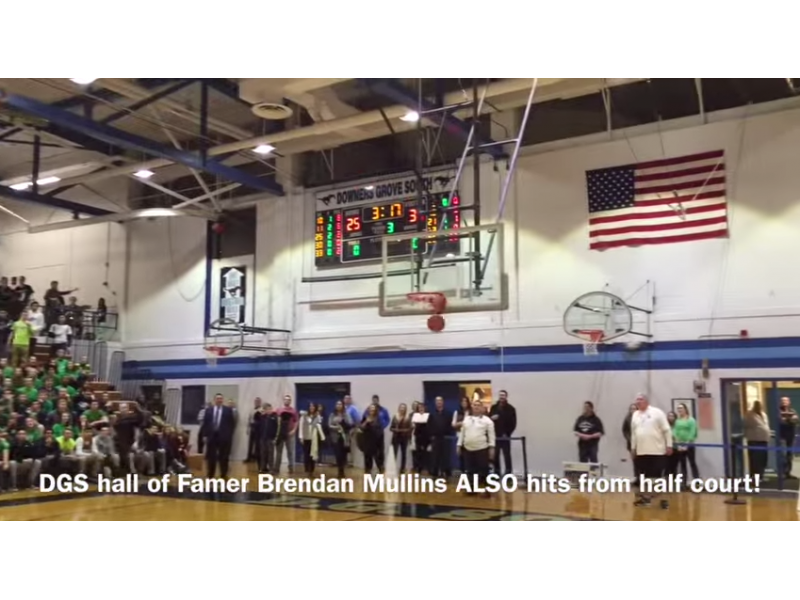 No one would contest that brothers Bryan and Brendan Mullins deserve their places in the Downers Grove South Athletic Hall of Fame, especially after they each sunk a half-court shot on the first try on the night of their induction.

The Mullins brothers, along with the State Champion Boys’ Soccer Team of 2004 and basketball and football coach Paul Runyon, comprised the The Downers Grove SouthAthletic Hall of Fame Class of 2015.

The induction ceremony took place Saturday in the main gym, punctuated by the double half-court goals during halftime of a Mustangs game.